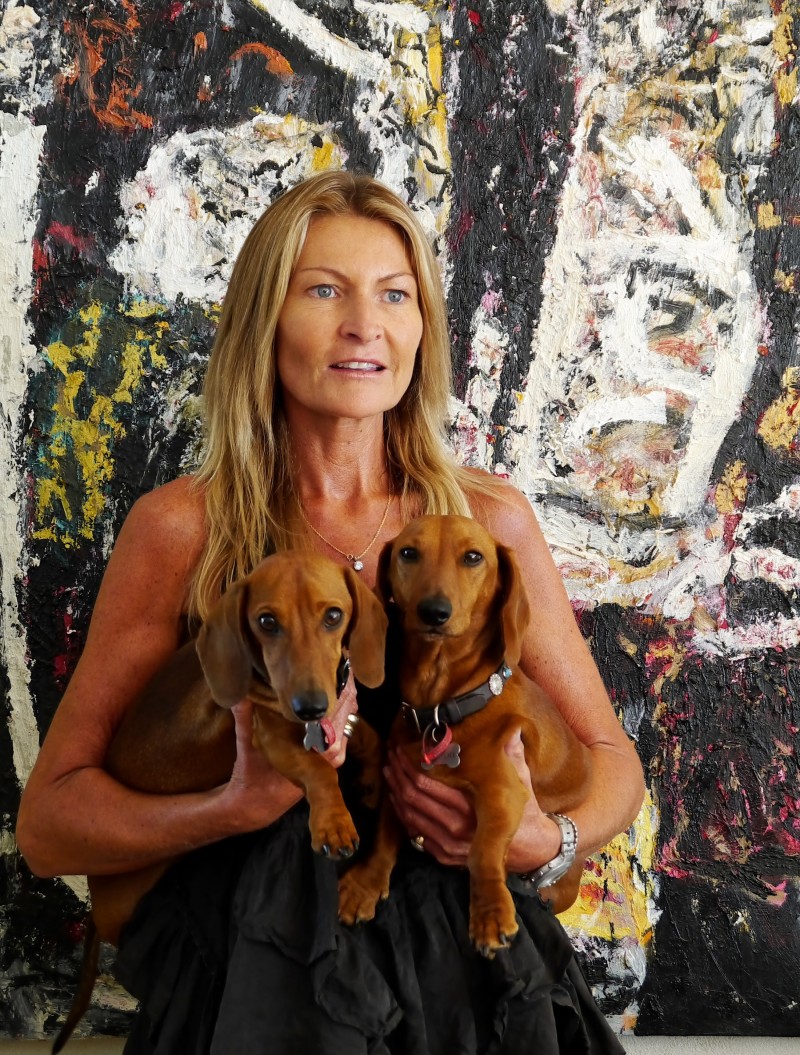 Lize’s beautiful space, full of the collections and treasures she holds so dear.

The many antlers, horns and animal skulls that adorn Lize’s room were bought on-line. “They’re all old, and all of them I paid next to nothing for. I started collecting horns, antlers etc before they became really popular, so they were as cheap as the proverbial french fry!” 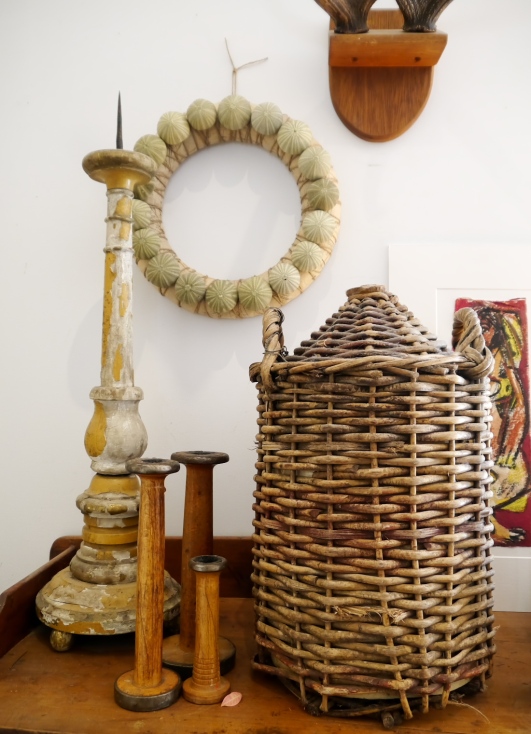 The wooden candlesticks are French and date back to the 18th century – a very special gift from a now ex-boyfriend. Lize made the wreath herself using old dressmaking pattern tissue, string and sea urchins. “I had wreath envy as mine was stolen last year…won’t be putting this one on the front door this Christmas!!”

The dining table was made by Lize’s brother in law using wood from a Port Melbourne pier. “Not a day goes by when the table’s not used. I do crafts on it, wrap pressies, cut fabric, sort through stuff on it. Its like a workbench…I love it. The artwork is by Melbourne artist, John Taylor.

One of the many Bentwood chairs that Lize has collected over the years. 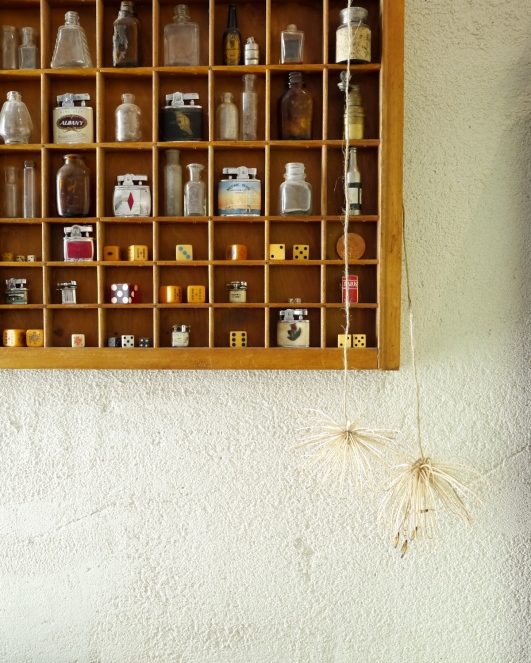 When Lize first purchased her printer’s tray, she began undertaking the task of finding items small enough to fit in its tiny compartments. It stared with miniature vintage bottles, then mini souvenir lighters and finally dice from Vegas and her grandfather’s collection. “It took me over a year. Anywhere I saw these things, I’d buy, bid and beg for them. I call it the ‘Frank Sinatra tray’ – booze, fags and rolling the dice.. three of Frank’s favourite pastimes!! I used to say, ‘how brilliant I’ve found another lighter for Frank’. Friends must have thought I was completely mad!” 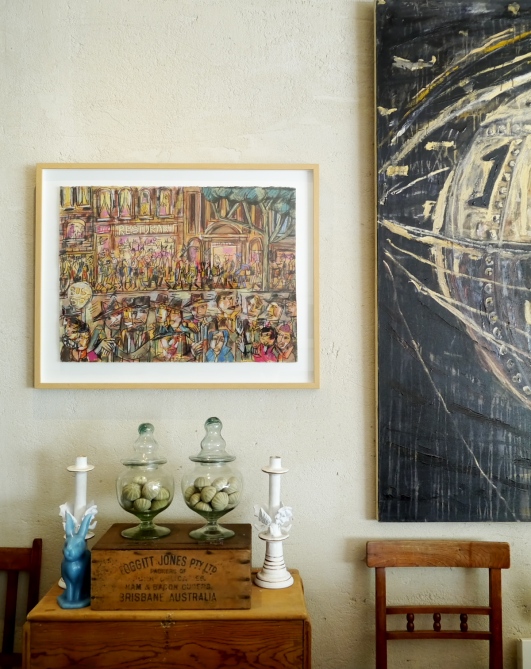 The street scene painting is by one of Lize’s favourite artists and friends, Pasquale Giardino.”He was part of the ‘Roar Artists’ group.. one of the initial founders actually.”

This cupboard is one of Lize’s most treasured pieces. She bought it years ago at a flea market in Paris… not only is it a joy to look at, but it’s a beautiful reminder of when she lived life as a Parisian. 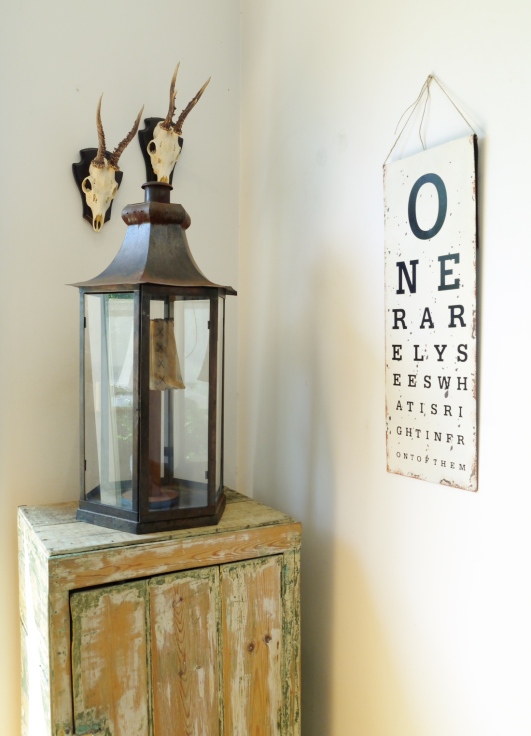 This fantastic eye chart was bought from an op-shop. 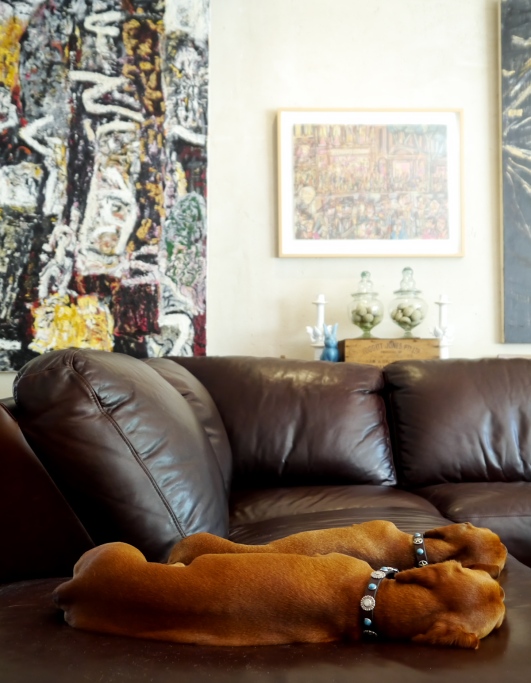 The tall cast-iron candlestick was a gift from a very dear friend of Lize’s over twenty years ago. “I’ve shipped that to Paris and back…it’s well traveled.”

This gorgeous blue rabbit candle is just for looking, not for lighting! 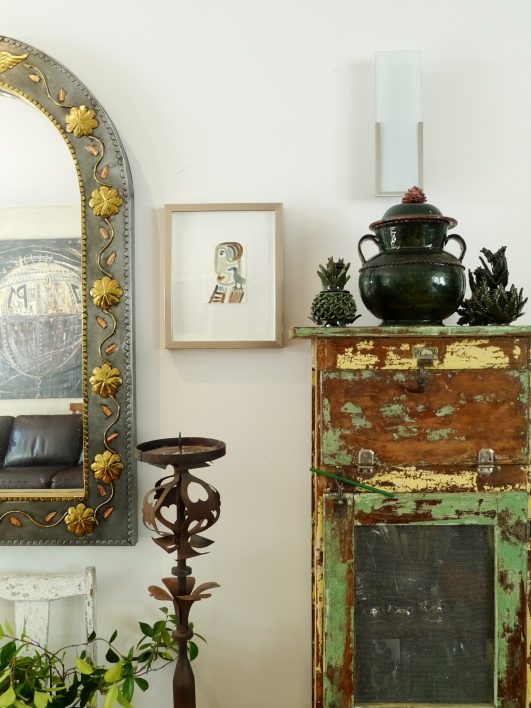 The large tin mirror is Mexican, and another online purchase. 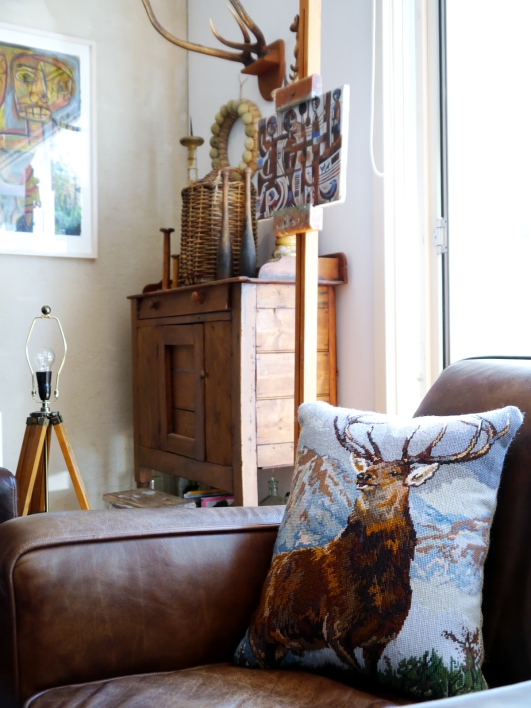 This tapestry cushion is only the second piece that Lize’s daughter, Gypsie has ever done – beautiful. 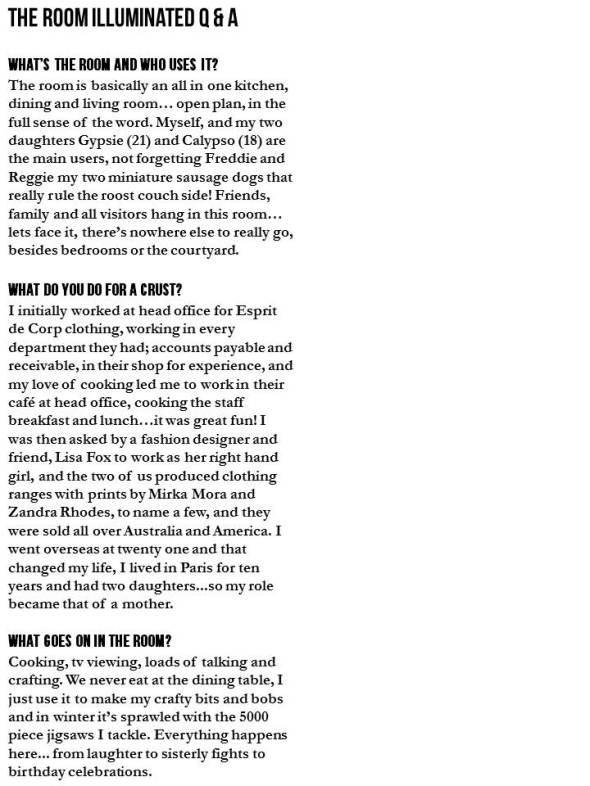