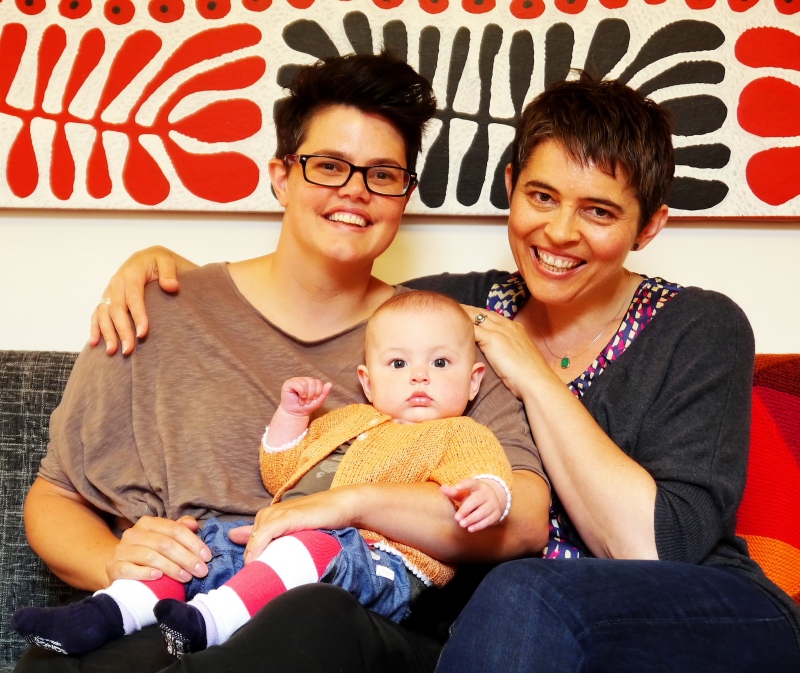 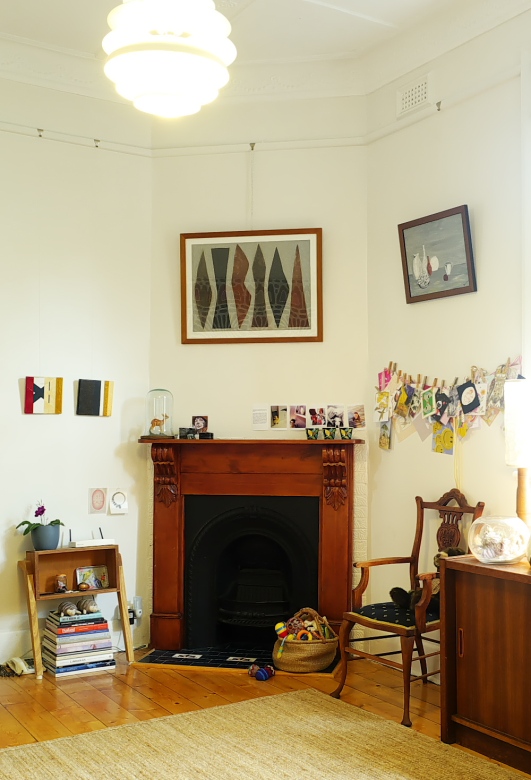 The print above the fireplace is called ‘Tribe’ by John Coburn.” It was a present from Em’s parents when she graduated nearly twenty years ago. It’s been carted around to about ten different houses we’ve lived in.” 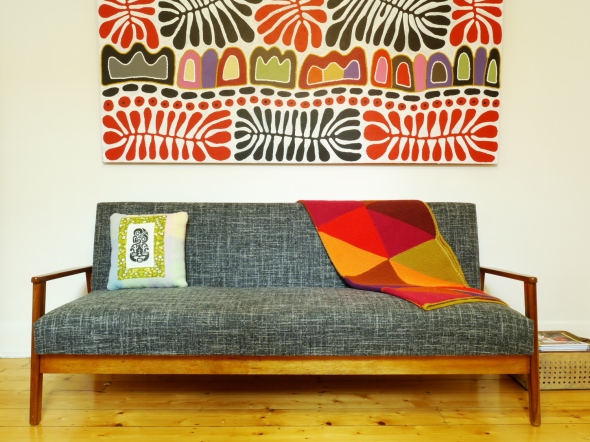 “We’d been looking for a couch like this for ages and kept getting outbid on Ebay. We found this one in a shop in Collingwood and almost had to roll an old couple who also had their eye on it. I think we were slightly insane when we bought it . It’s pretty, but not very child-friendly.” 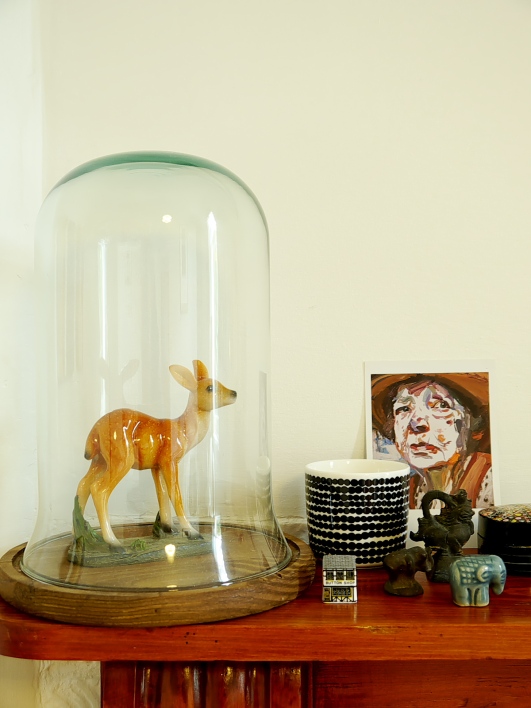 Rachel is a huge Margaret Olley fan. “We have family who lived around the corner from her, and I unashamedly used to stalk her.”

Rachel and Emma’s good friend, Dan painted these artworks, after being inspired by a Mark Rothko exhibition they saw together.

“The teddy bear was a gift from our awesome friend Kat. She gave it to us when Hettie was born. The chair was inherited from Em’s granny, so I guess its over over fifty years old. It sat in decay for about a decade and last year I got it reupholstered and gave it to Em for Christmas. It was at the upholsterer for a week and Em didn’t even notice it was gone. It sat in our entry so it shouldn’t have been hard to miss. It made for a good laugh later.’

These tea cups were another gift from Dan…one each for their new little family. “They’re made in Belgium but the pattern reminds me of Australian natives.’ 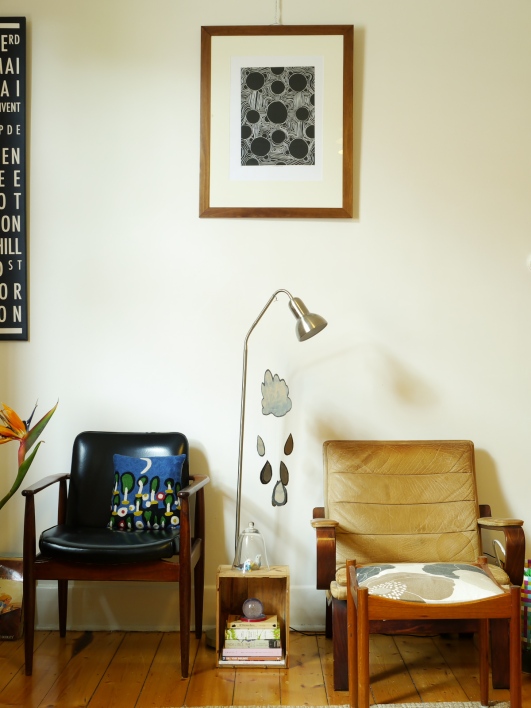 The artwork was bought at the Northcote night market. “It’s called ‘Connections’ and it makes me think about how inter-connected everything is.”

The cloud mobile was a present from Hettie’s nonna

The Alice in Wonderland record peeps out from behind the sideboard. “I love the book, so I bought this years ago for the then ‘phantom baby’ we might one day have.” 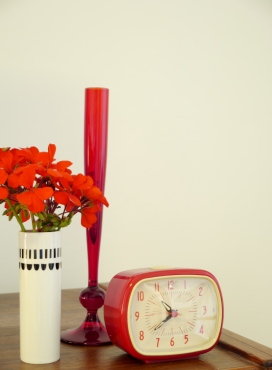 “I gave this clock to Em for her birthday last year. She’s very particular about clocks, I think I got this one right.” 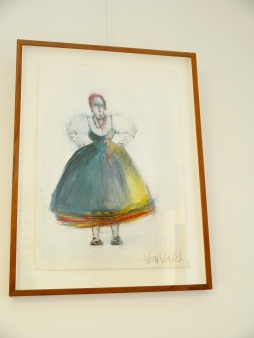 “This sketch is from our friend Kaz. She drew this as part of the costume design for the opera, Kata Kabonova. She’s a really talented artist and we have a few of her other works around the house, including an enormous one she did of my preggie belly.”

These moles were another gift from Dan! “We’re incredibly lucky, as he has great taste!”

12 Dec This entry was published on December 12, 2013 at 8:00 am. It’s filed under Uncategorized and tagged Artwork, John Coburn, Lounge, Maragret Olley, Mark Rothko, Vintage furniture. Bookmark the permalink. Follow any comments here with the RSS feed for this post.