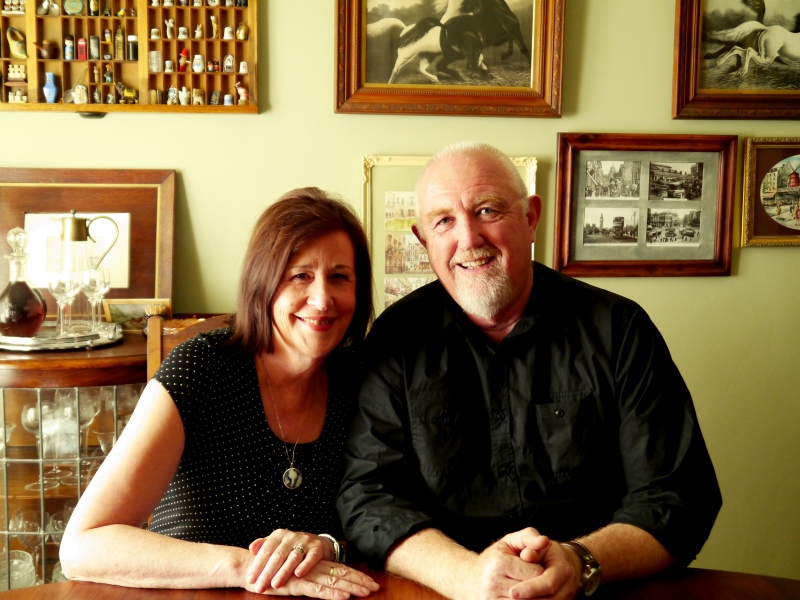 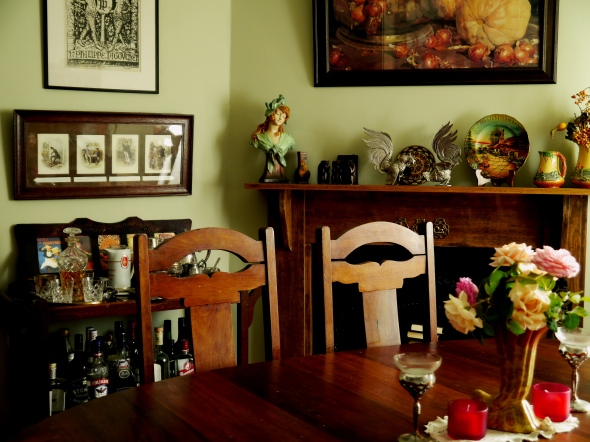 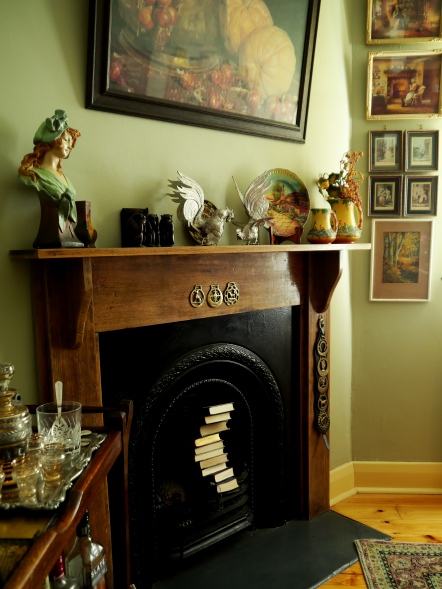 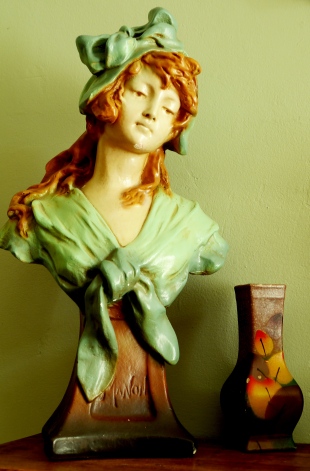 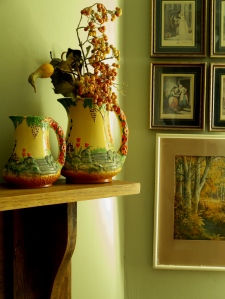 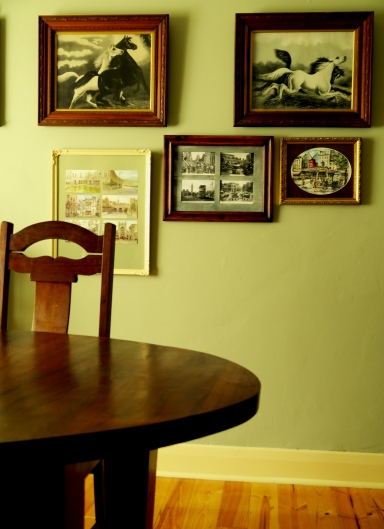 Terry was attracted to these horse prints, as they reminded him of similar images his grandmother had in her own home 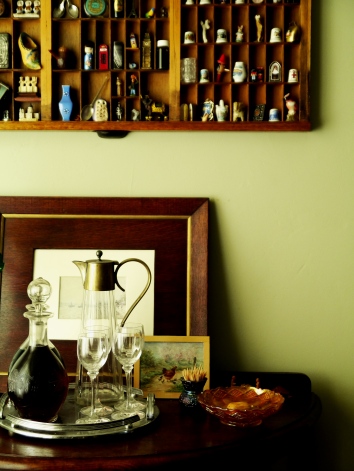 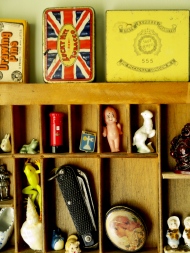 This Swiss army knife has sentimental value, as it was worn by Terry’s grandfather during his service in WW1 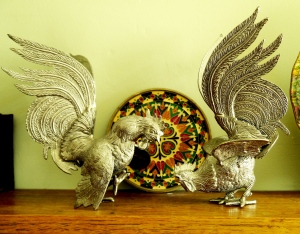 The ‘fighting cockerels’ sit centre stage on the timber mantle 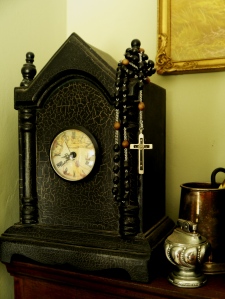 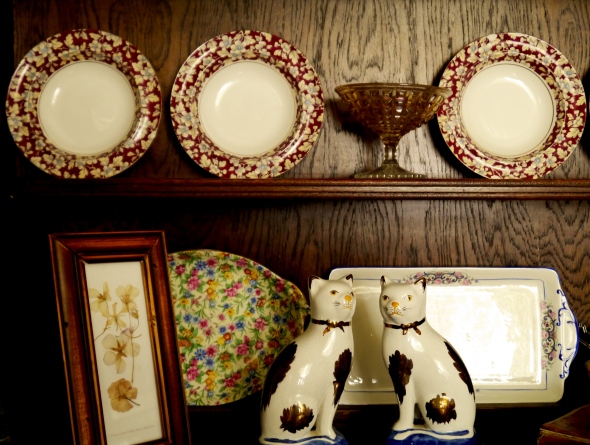 Pressed flowers which were ‘borrowed’ from Beatrix Potter’s garden, during Chris and Terry’s travels around England. Staffordshire cats on the right. 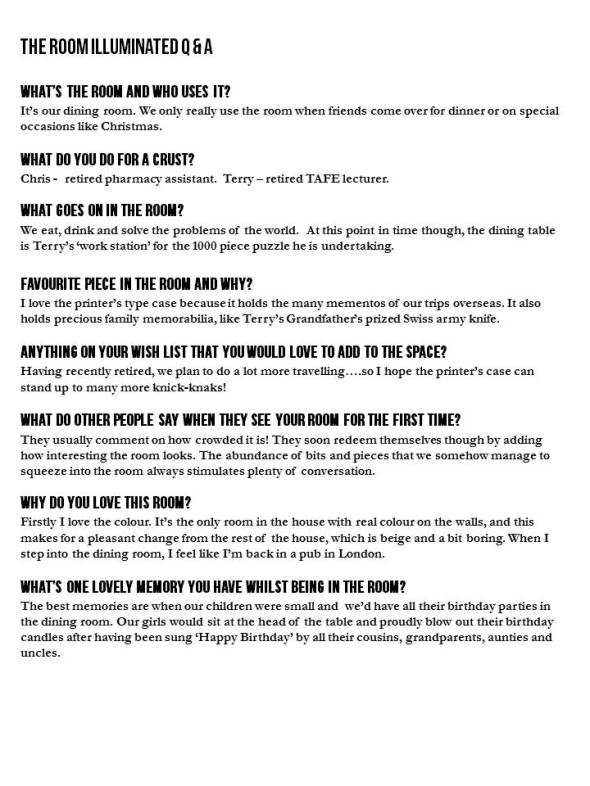 10 Jan This entry was published on January 10, 2013 at 8:00 am and is filed under Uncategorized. Bookmark the permalink. Follow any comments here with the RSS feed for this post.